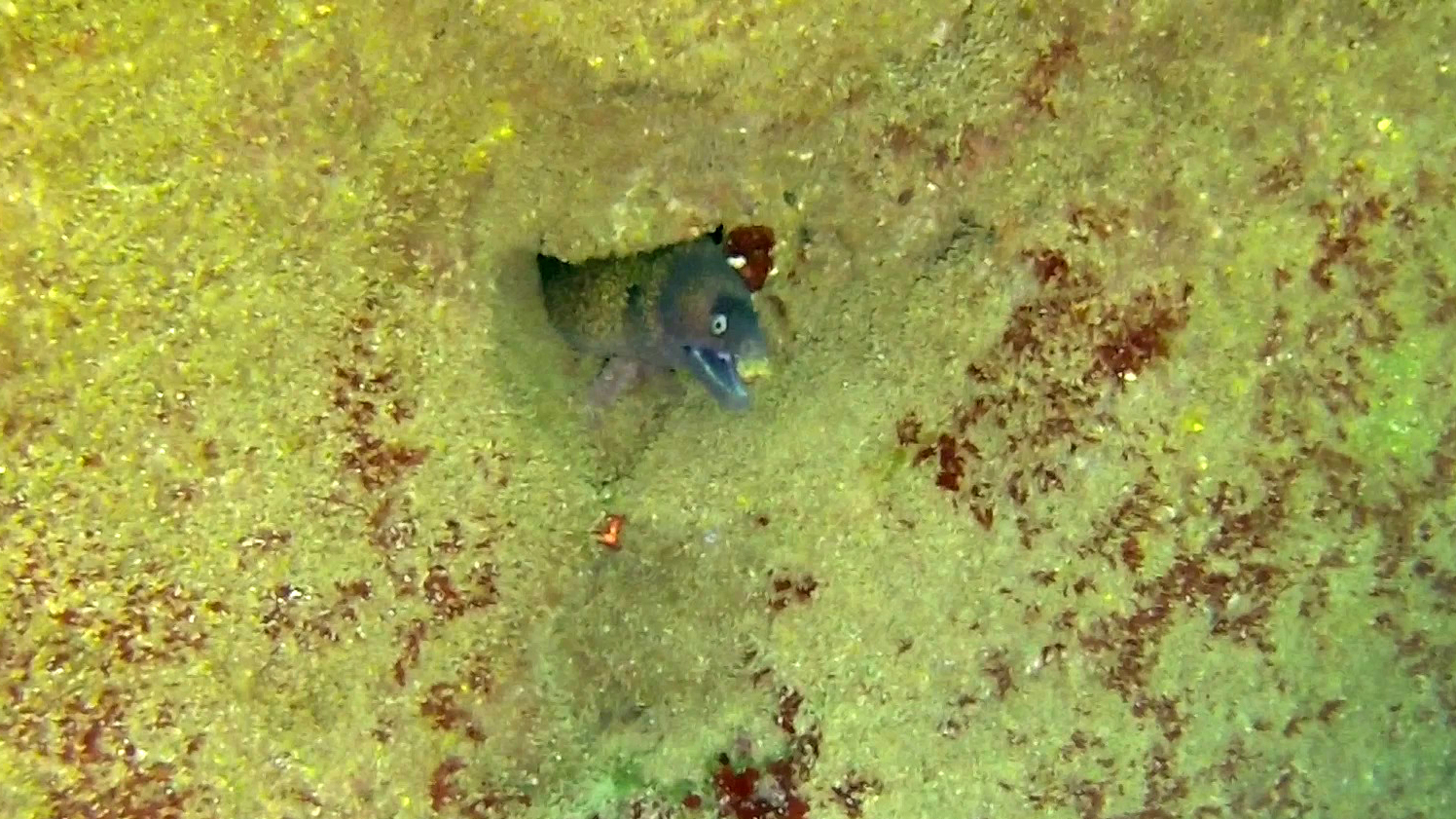 On this site you can see the various marine species in their natural environment, and with this video I take the opportunity to dispel the belief that Moray eels are aggressive and dangerous for humans. The video was made in August in Sardinia, in the waters of the “Costa Verde“, in a beautiful stretch of coast not too frequented by tourists and swimmers.

The seabed is rocky, not too deep, with large granite boulders that create caves full of holes and ravines that slope gently on the sandy bottom, with islands of posidonia that alternate with the various boulders. Exploring the seabed in apnea I decide to enter one of these caves and after a few seconds I meet a Mediterranean Moray (Murena Helena) who observes me intrigued by its hole in the wall of the cave.

The moray eel’s attitude may seem aggressive, since it shows itself with its mouth open and ready for a possible attack. Actually the opposite is true, these fish in fact do not have gill slits but of the opercles behind the head from which they bring out the water to oxygenate the gills, they must therefore keep their mouths open in order to breathe.

Despite the “threatening attitude”, the Moray Eel slowly withdrew into its lair as I got closer. Moray eels are mostly animals that hunt at night and during the day they stay with half their bodies outside the den, observing everything that passes in front of them. They are however predatory and territorial animals, which defend their territory from specimens of the same species or from other competing species, but it is difficult for them to prove aggressive towards the diver, simply observing him and avoiding him whenever possible. Casual and fortuitous encounter made in the depths of the splendid Scivu beach in Sardinia….

Painted Comber (Serranus scriba) is a subtropical marine fish, classified in family Serranidae, the groupers and…